August 11, 2012
Thursday morning, Carrie and Annina went to Bikram yoga. (Carrie was able to secure Annina a free week pass!! So, they may go back again on Tuesday.) Carrie and Annina came back here after yoga and they were still sweating. Good work ladies! We went for sushi and then walked down to English Bay where we were going to try paddle boarding. Unfortunately, the wind was blowing towards the shore. This would have made it difficult to move anywhere paddling. The guy suggested going to Granville island where it is more protected but we had the vision of paddling to third beach and back... I mean I had the goal of paddling to third beach and back in my head. So, we decided to lounge on the beach and see if the wind died down. After sunning for just over an hour the wind hadn't died down so we came up with another plan. Next Tuesday, while they are at Bikram, I will run down to English Bay and check the wind. If it is too windy we will go to Granville island and rent the boards when they get back from Bikram. Ok- new plan made... we could relax in the sun a bit longer! 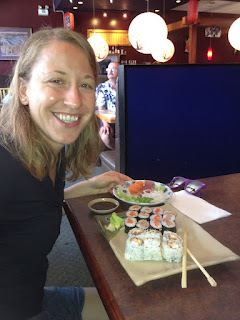 Friday we got up and drove to Whistler. We went for a run on the trail near Rainbow park and Alta Lake. I didn't have such a great run but Carrie and Annina breezed through it. We swam in the lake and rested in the sun (we are very good at this). We also ate fruit and drank water! Good for us! 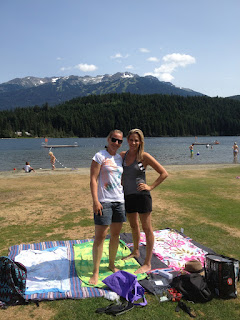 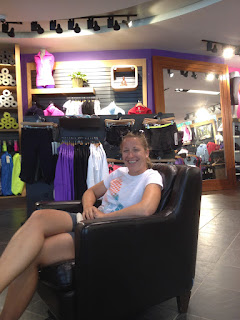 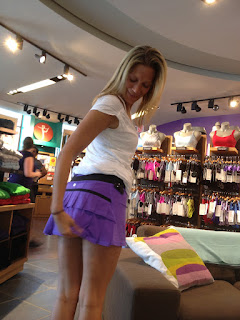 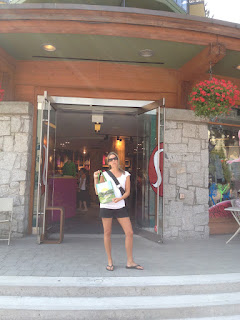 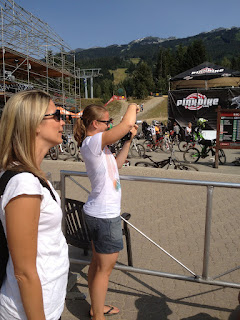 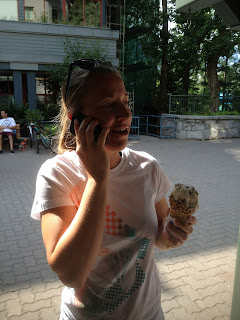 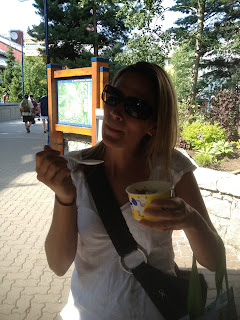 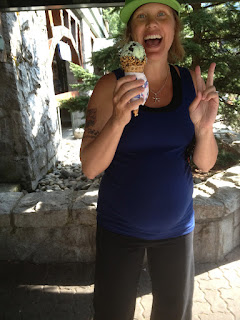 We went into the village and had a late lunch, a tour of the village and some ice cream. Carrie also got the running skirt her and Amy wanted at the LuLu store. (She is so cute!) There were a lot of people doing the downhill mountain biking. It looked pretty crazy. I think Annina will be back to try it one day.

On our way out of town we stopped at Annina's friend's place. There were eight Swiss German's who rented a really nice place with a hot tub in the back yard for two weeks. They all brought their bikes from Switzerland and were doing lots of riding. It is too bad Annina didn't get a chance to ride with them - maybe Tuesday? I can't believe our time is almost up.

On to the next adventure: The Island.