July 27, 2014
The first two days in Venice Beach we were unsure if we would get any sleep again. We had to put the crib in the room and we wanted to sleep on the bed in the room. Last year we moved the pack n' play into the living room at night. There is no moving a crib! So, we did the wait until he falls asleep, and then sneak in and go to sleep ourselves.

One other problem with the bedroom is the ceiling fan. It is hot and you need the fan and it is awesome - but it gets cold in the night or too windy or something. There should be a remote that adjusts the fan but it is no where to be found. It is stuck on super windy. SO, we start with the fan on and then sometime in the night when the boy whines - because we think he might be cold because he won't use his blanket - Jonny turns that fan off - and we kick our blankets off and sweat a bit - and then the boy will whine again and Jonny will turn the fan back on… and on and on.

the first two nights (and then every couple of nights) the boy wakes up in the night and we have to comfort him and then wait in the living room and then sneak back into bed again. The boy has had a lot of early wake up times too - which is ok - we like to get up and skate before it gets too hot.

So, if that wasn't enough - we put the boy down for his nap on Friday and he climbed out of the darn thing. WHAT? Jonny took off the bottom and put the mattress on the ground. That worked… until the boy learned to push the bed away and crawl under. Jonny then devised a system of couch pillows and ice boxes to block and lock off the bottom of the crib - and fingers crossed that is working… !! (We have a lot of work to do to get his bedroom baby proofed when we get home…)

This pillow idea was still too tall - he could climb out of it still. 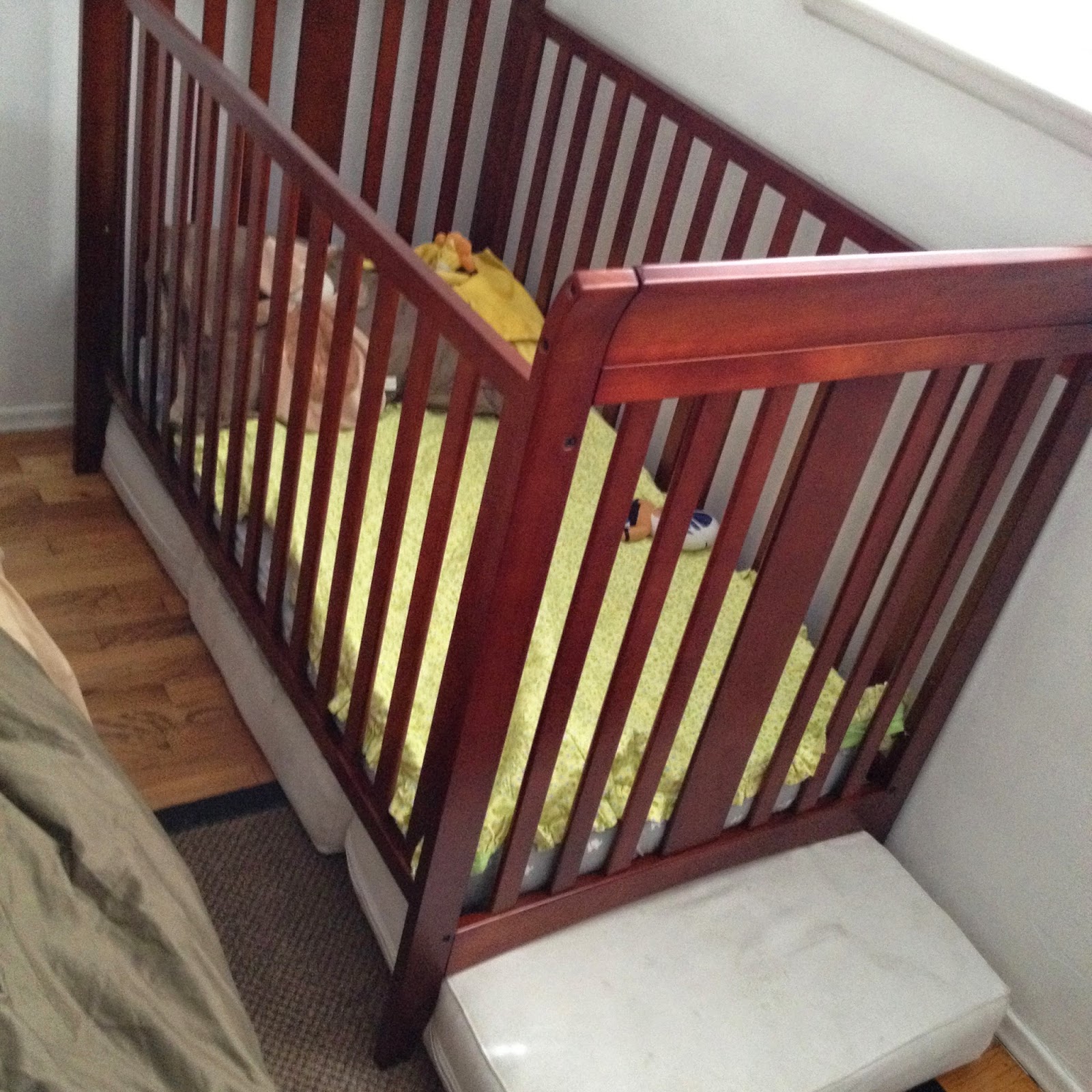 After the first couple of days we fell into a most awesome routine - for the most part. We got up and skated, then drove to Zuma beach for surf (and the boys skate again) - then home for nap time and chill.  I decided to take a break from the Zuma drive on the weekends .. and do laundry instead… upon reflection.. not a very cool idea! hahaha.. But tomorrow the surf is back on :-) Here are a few pictures from this last week:
This is a sign idea: nails with elastics. 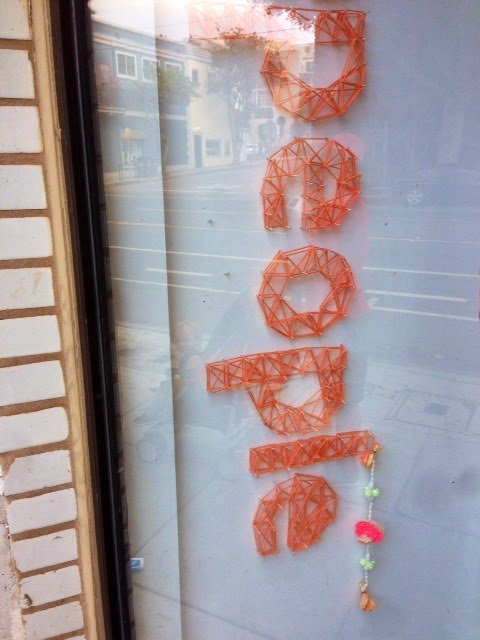 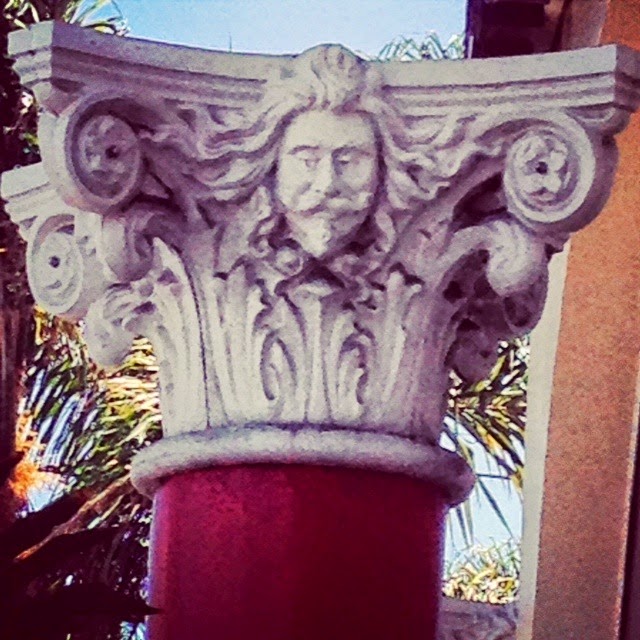 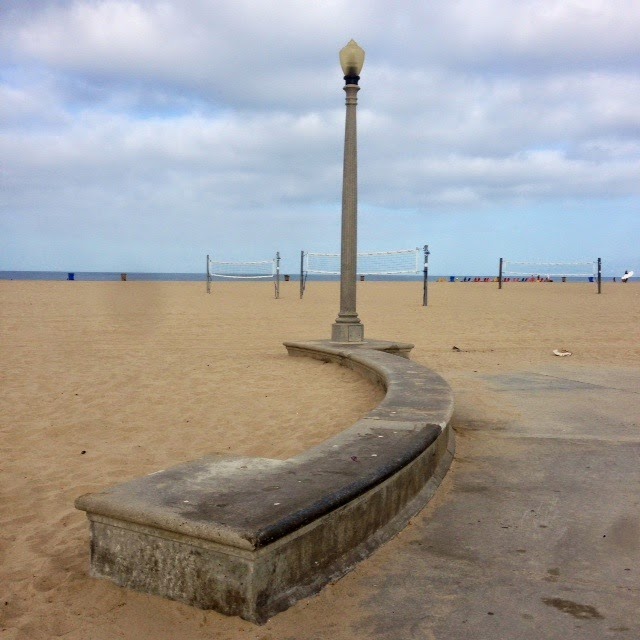 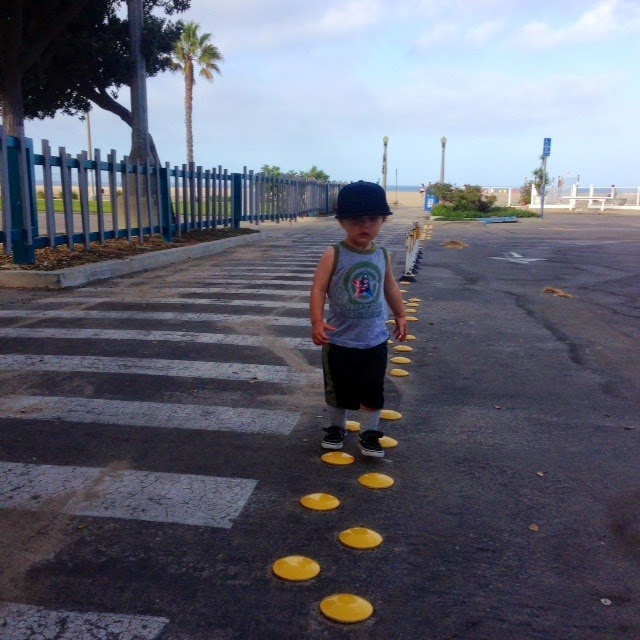 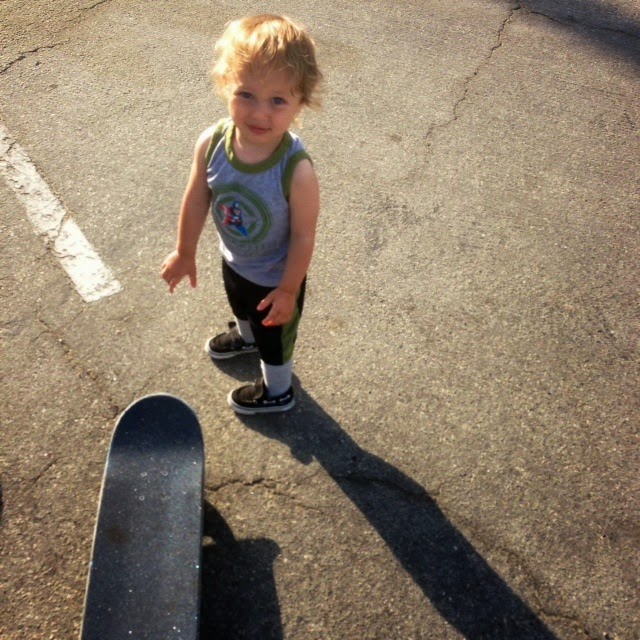 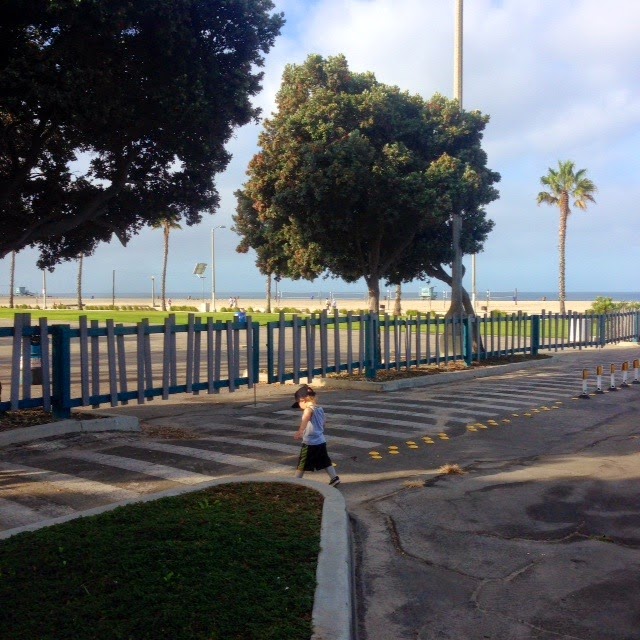 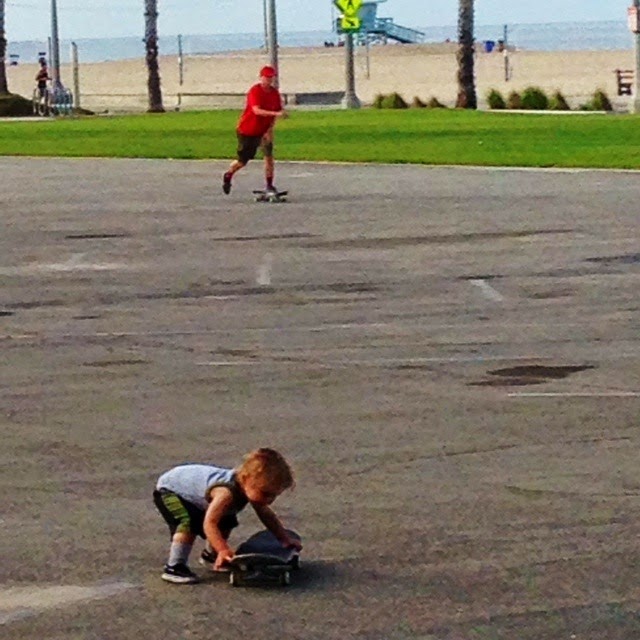 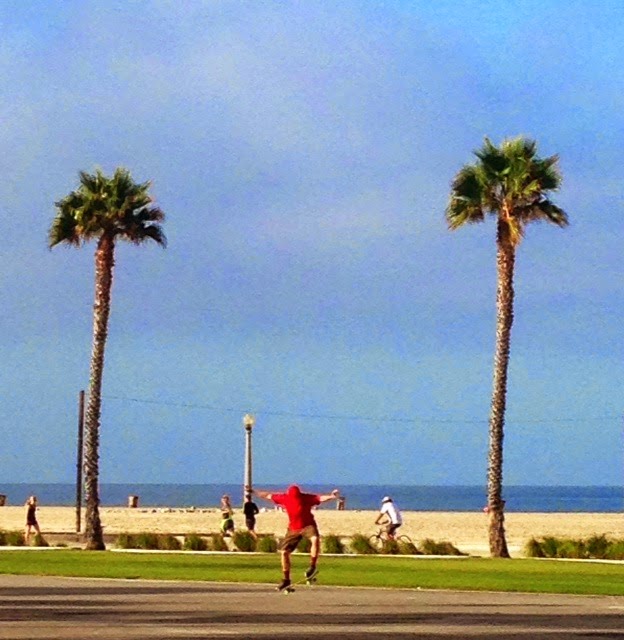 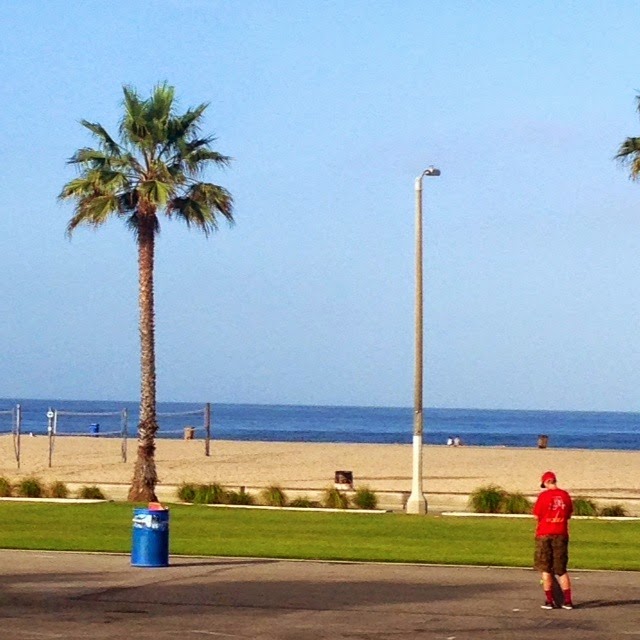 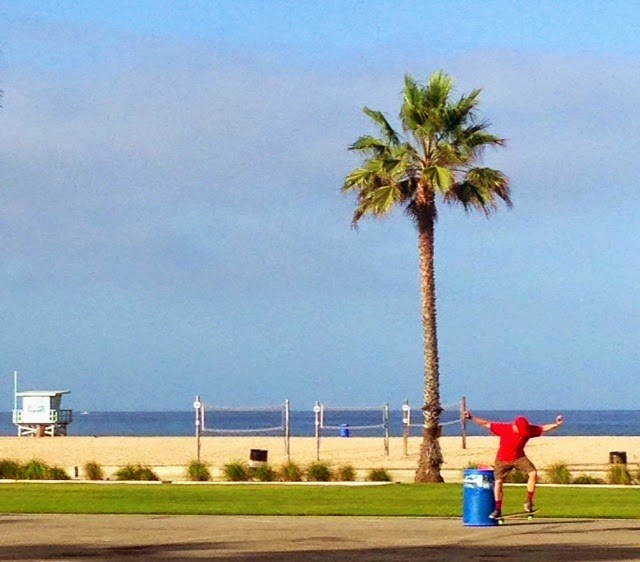 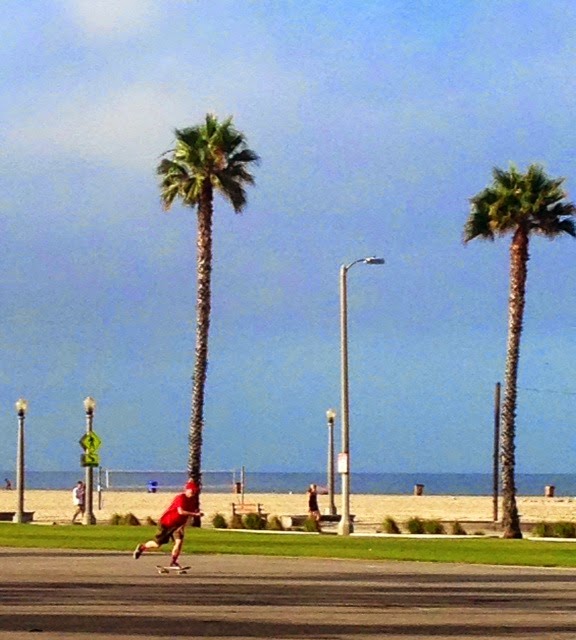 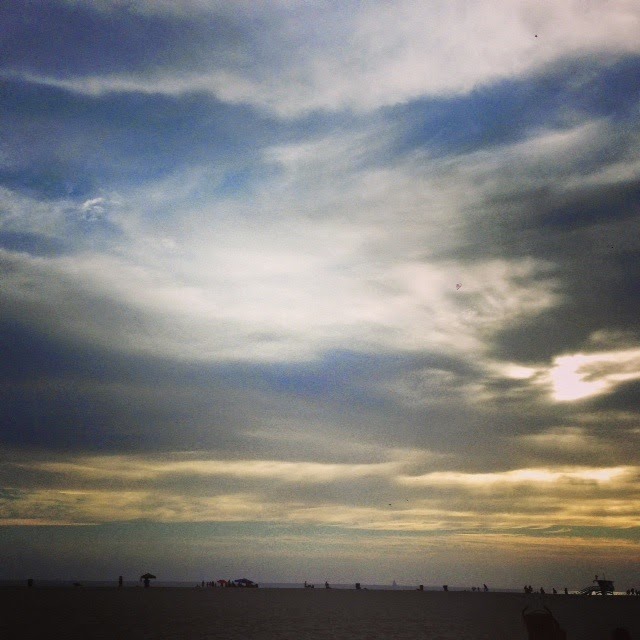 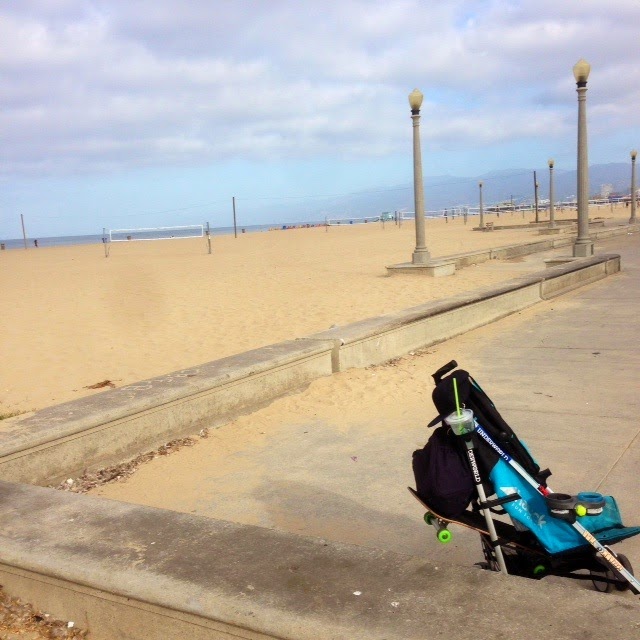 Anyone need their Uggs cleaned??? 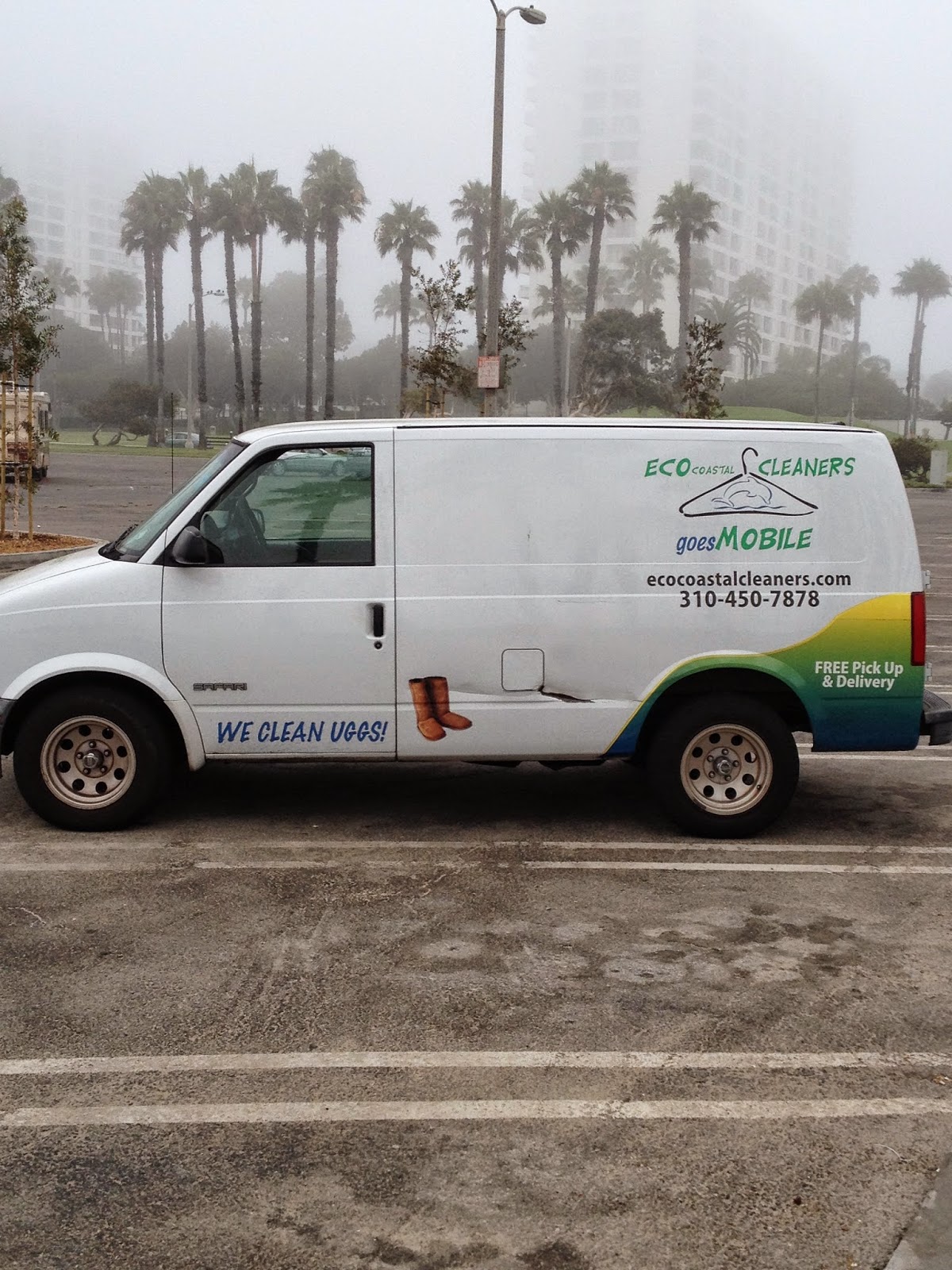 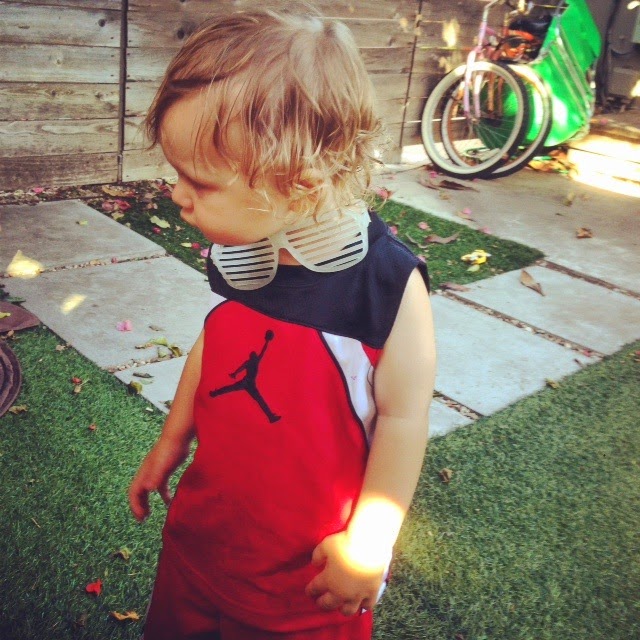 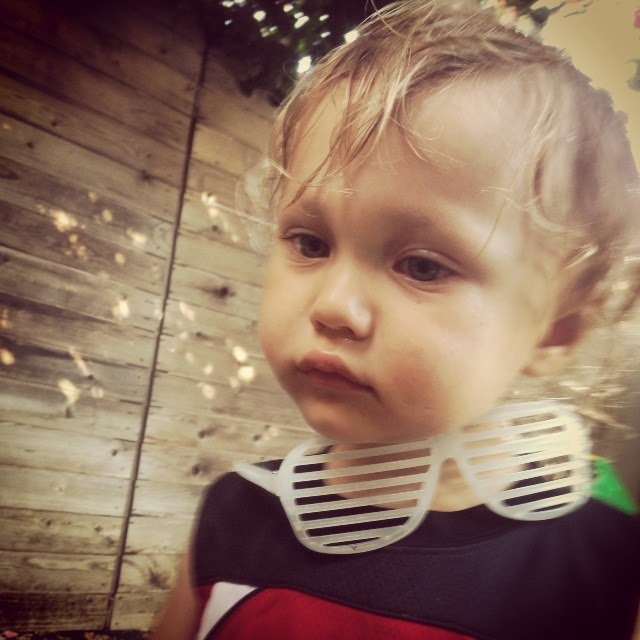 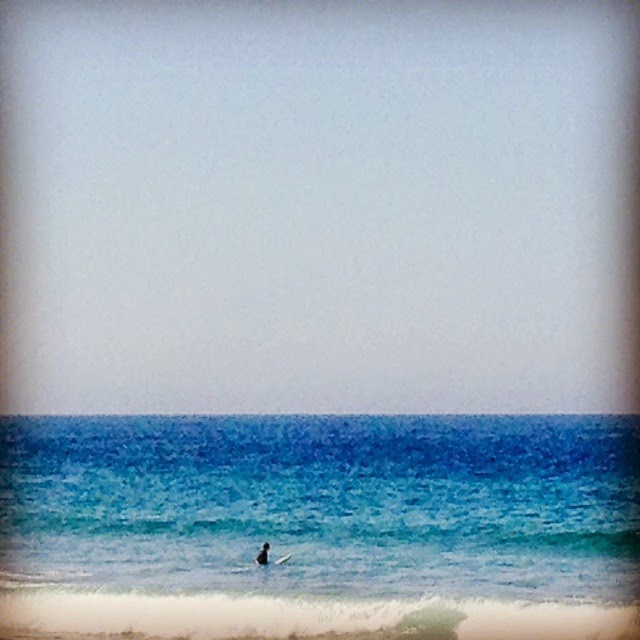 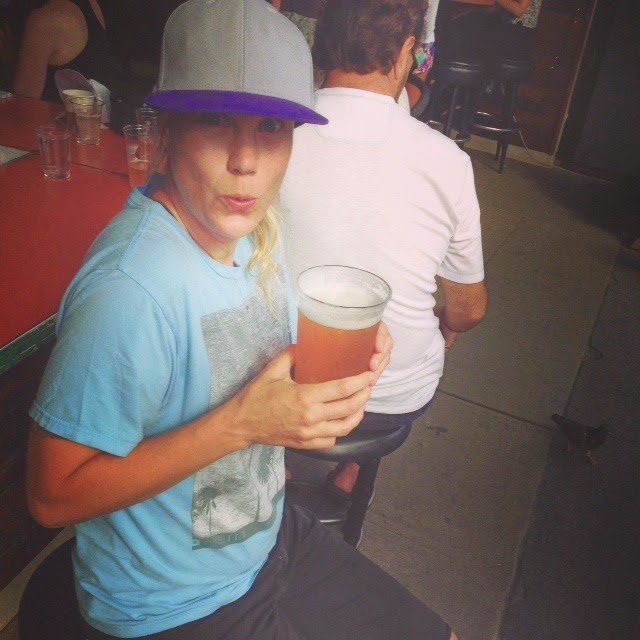 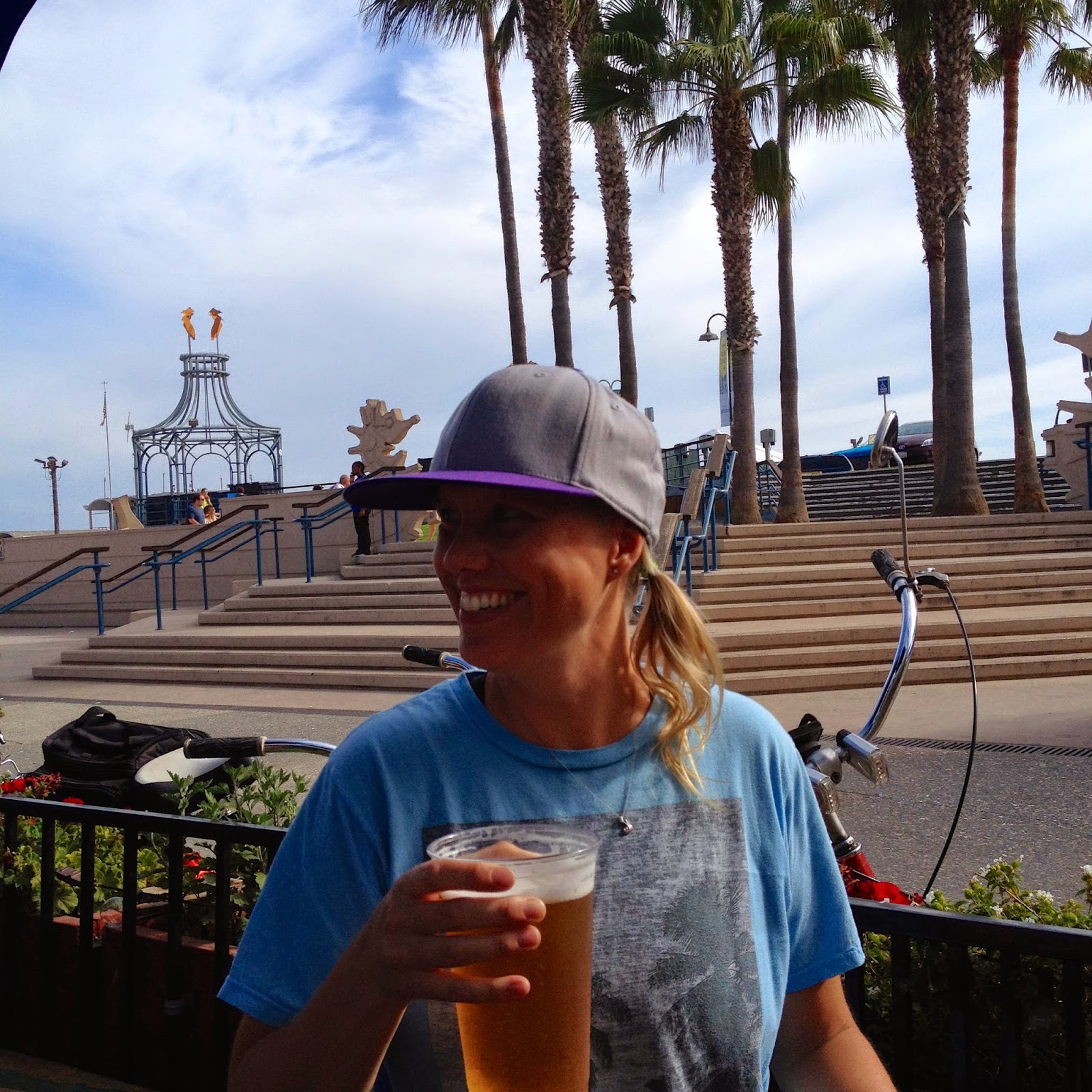 Famous skate spot - These kids were checking out its hugeness… 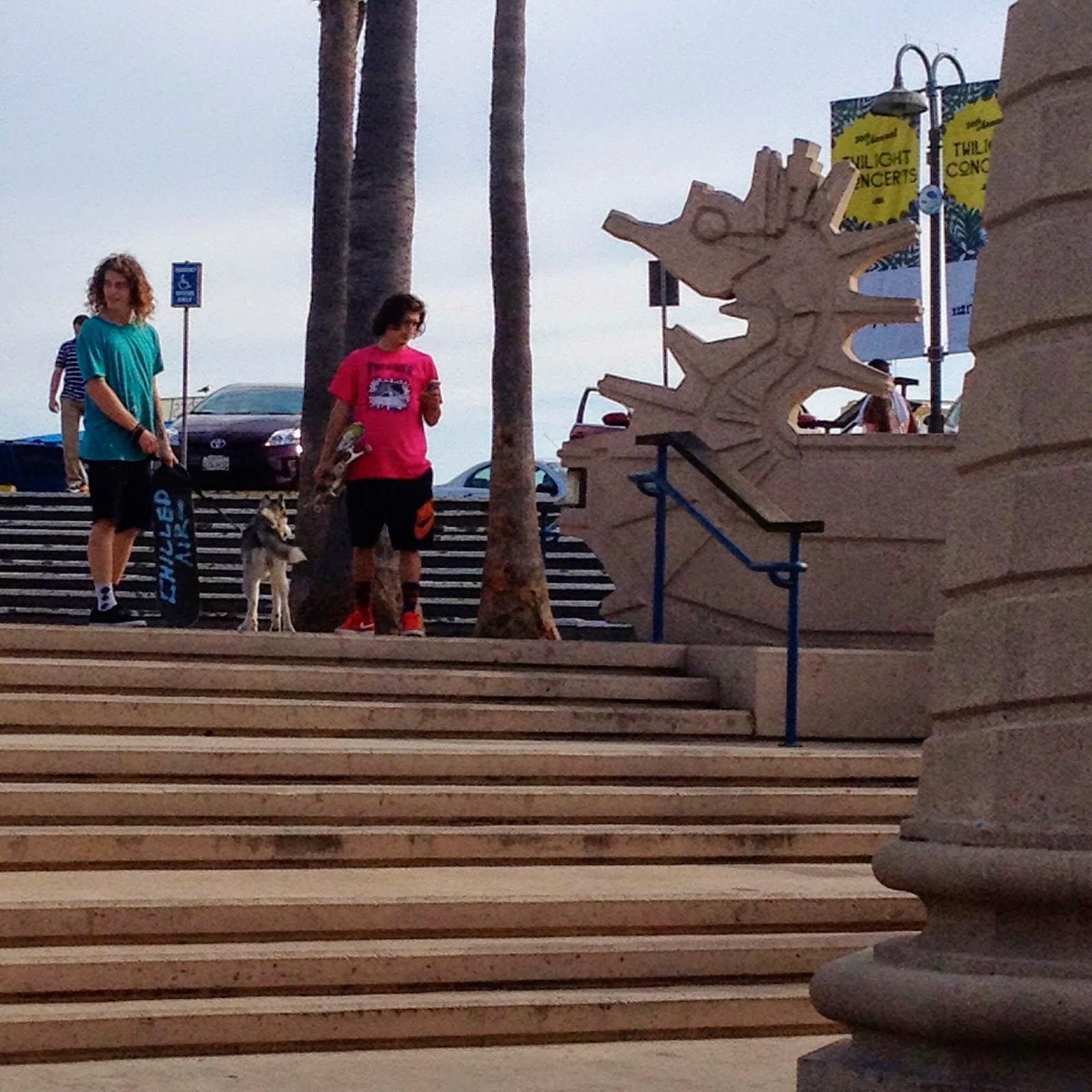 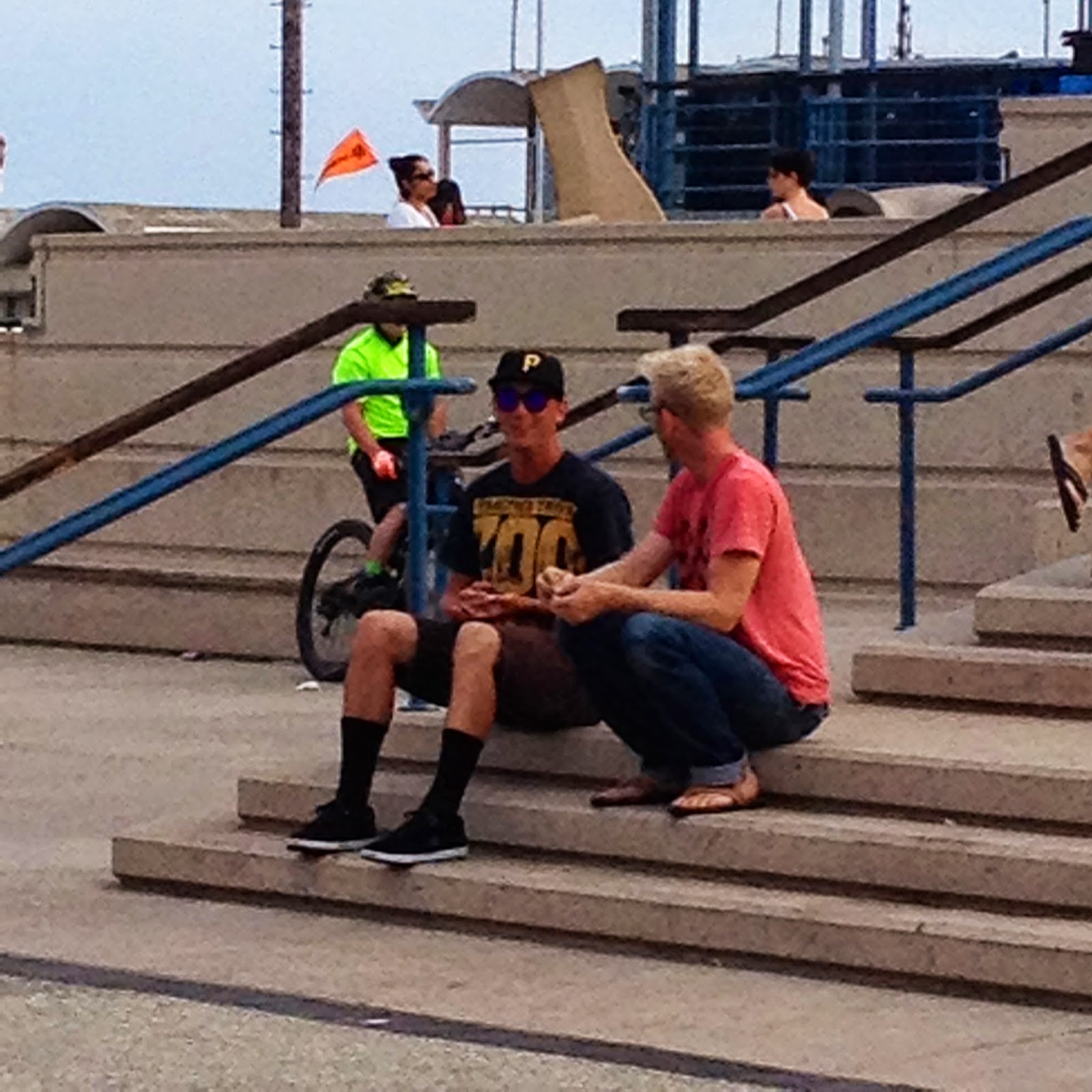 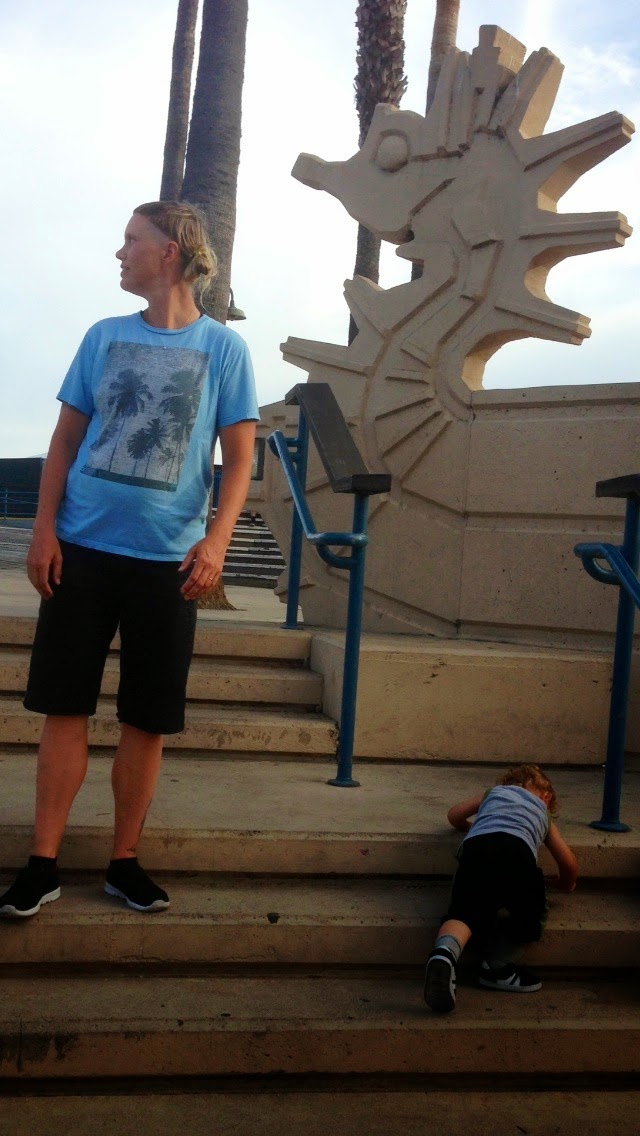 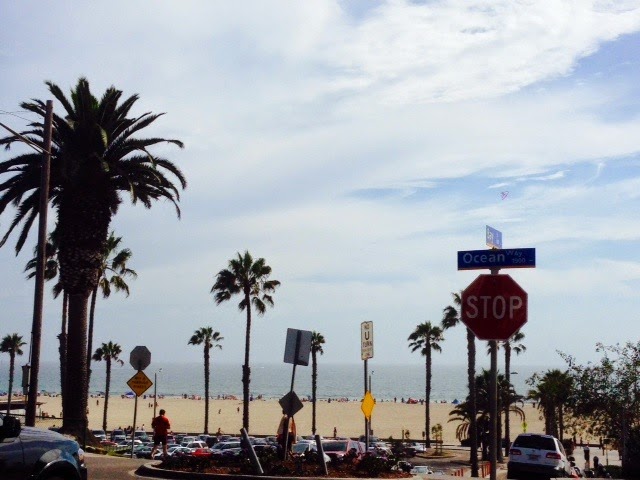 Our walk home… not so shabby! 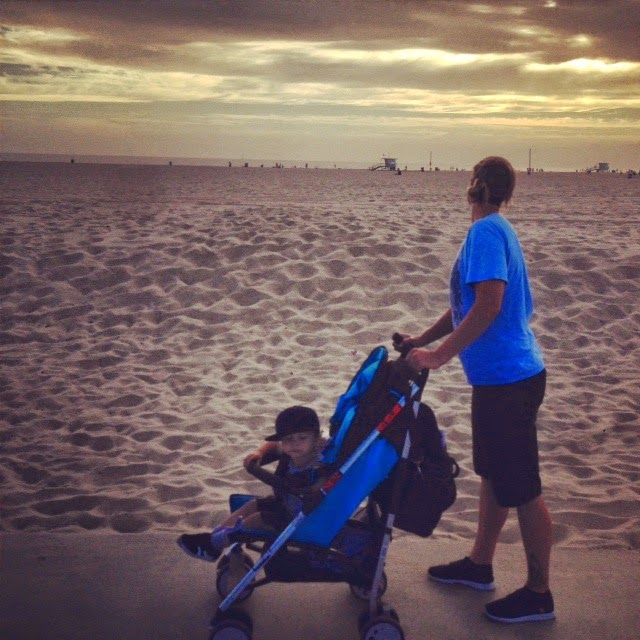 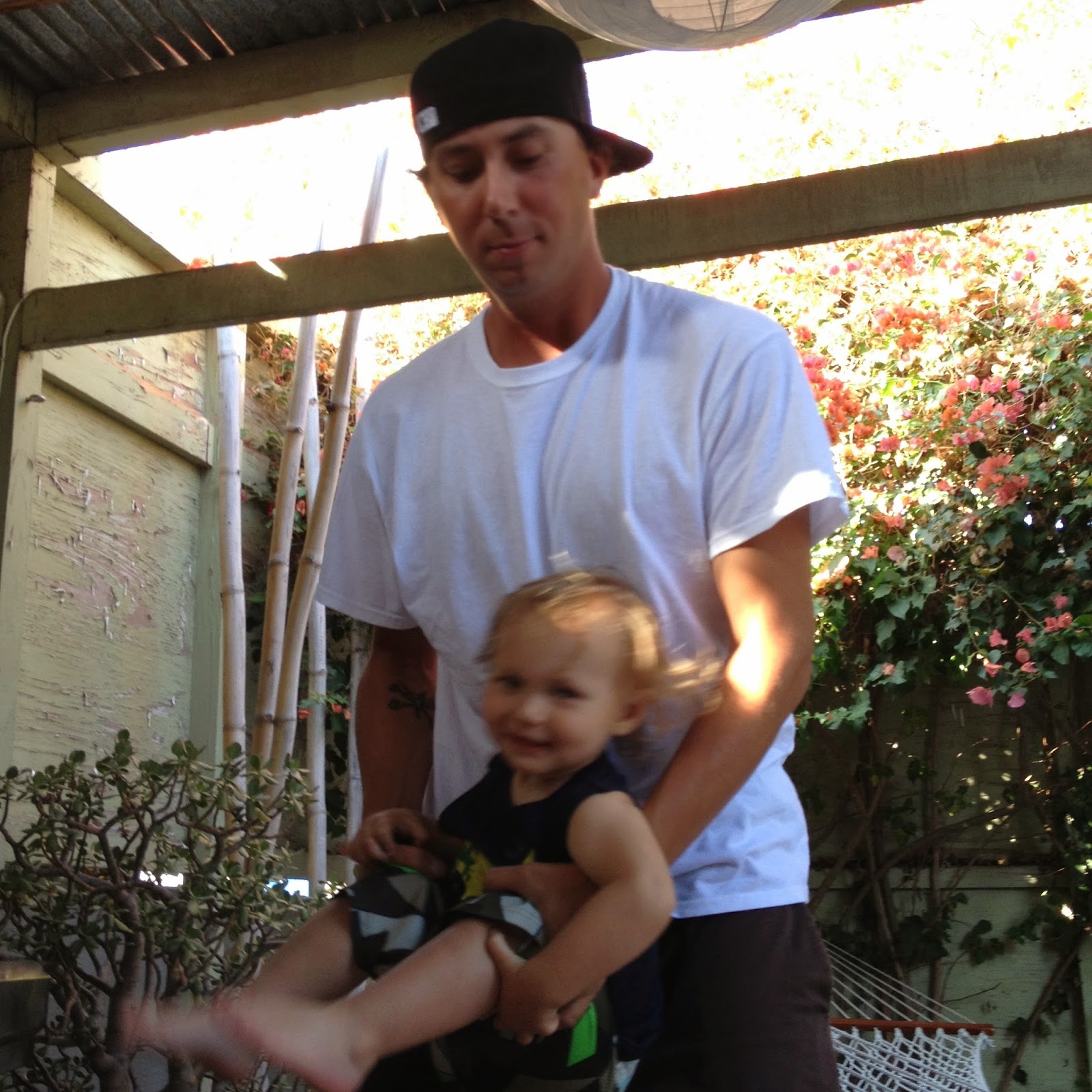 My new deck! I pressure cracked mine and broke something on my truck… so got a few new parts… 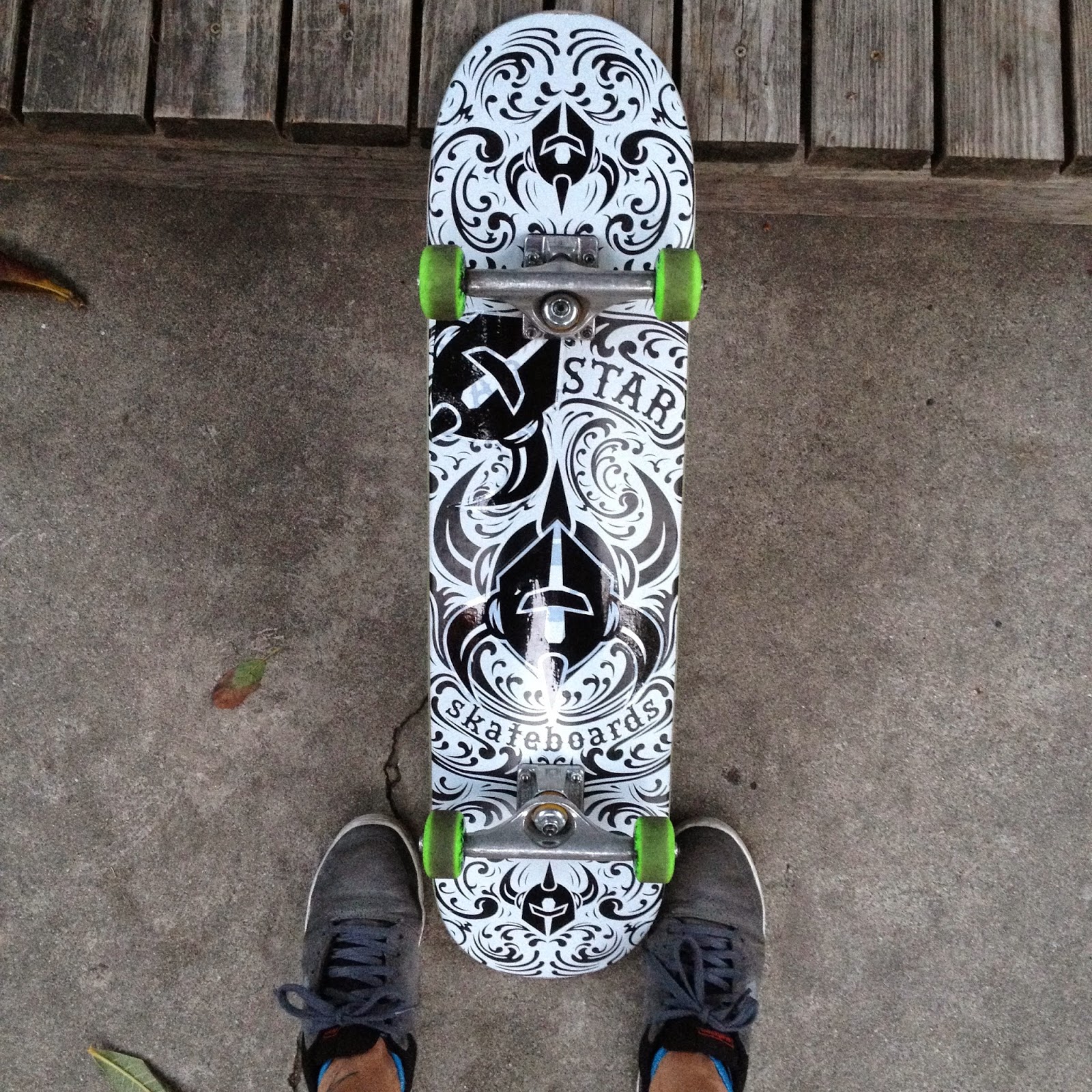