October 17, 2011
After forgetting to pack our passports, picking up Jonny at the SkyTrain and then driving back home we made it to Seattle a lot later than desired. We were pooped and disgruntled because the Taco Bell at Sunset Drive in Bad Town is gone! We had some greasey Jack in the Box instead and became a little happier just because we weren't hungry anymore. Food, beer, or sleep ... easy mood changers :-) So, instead of getting our Crab Pot on Friday we stayed in Sea Tac and had some drinks at a cool little Karaoke bar. Well, it wasn't cool- but it was funny. We tend to make friends wherever we go. We hung out with Tymey, Bella Bottom, and a cowboy! 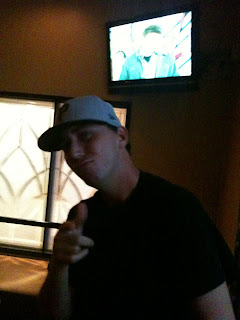 Jonny is pointing at you! 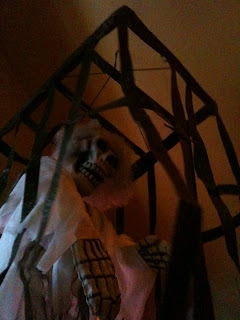 This thing kept hitting me in the head all night. Why didn't I move? I don't know. I guess I liked the Halloween reminder. 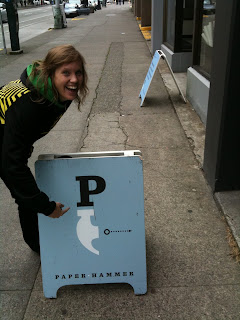 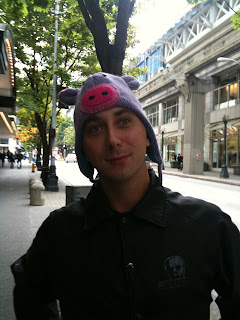 Jonny is sporting Chi's new hat. It is a purple pig. We hope he likes it! 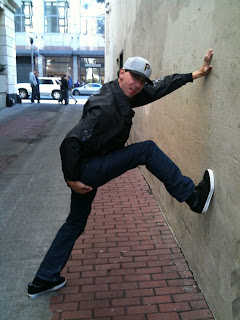 Jonny wishing he had an ass to show off and he also doing a good job at holding up the wall in the Seattle alley. 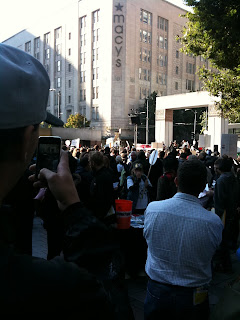 Occupy Seattle. Ya... we were there.. for a second. 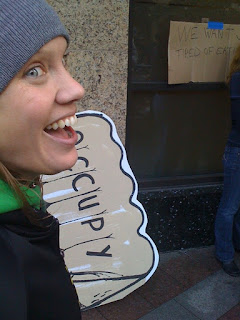 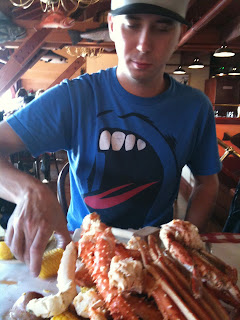 Then, we went HERE! The Crab Pot. This is our second time and it won't be our last. Who wants crab for Christmas? hehehehe! Doesn't it look like Jonny's shirt is eating it? 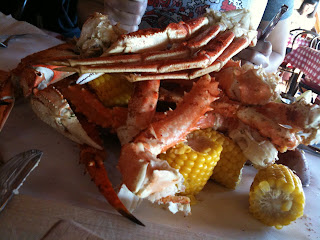 This time we got the Crab, Crab, Crab and the King Crab. I think Jonny is already planning his next trip. He wants to get the Alaskan that we got last time and a King Crab. 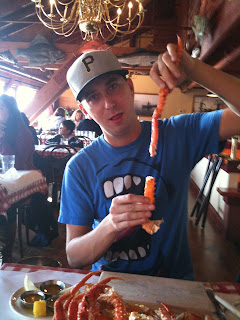 Look at that meat! Nice one Jonny Cakes! 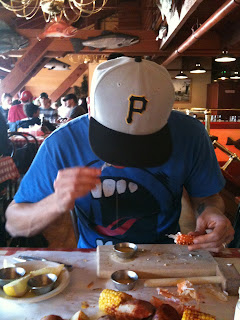 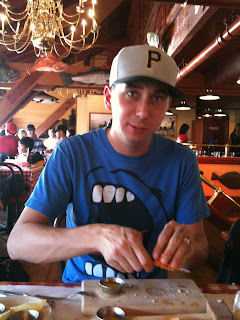 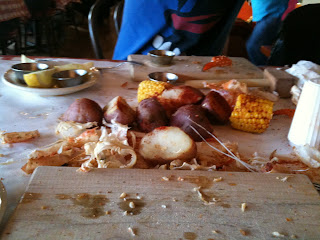 The unwanted. We were smarted this time and ate the good stuff first leaving some carbs behind. Too full!! 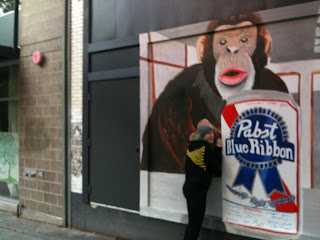 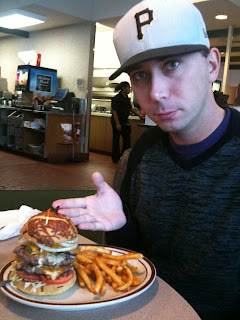 Jonny's MONSTER burger from Denny's. This was his breakfast. 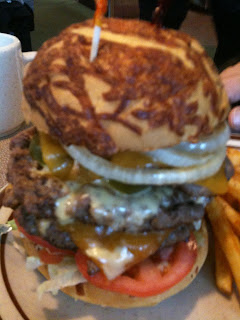 It is humungous! It was on special. 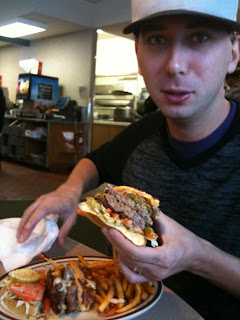 He is attempting to get it in his mouth. He had to take out one of the meat layers. Three is too much. 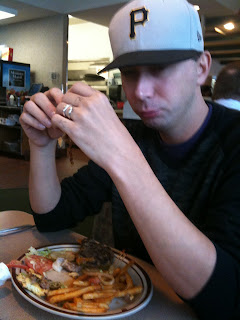 He is hitting the meat wall... finally! 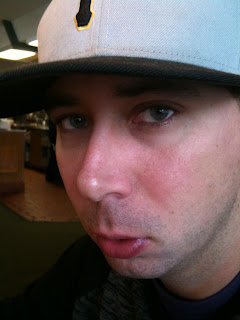 That wasn't a good idea for breakfast... was it Jonny ? 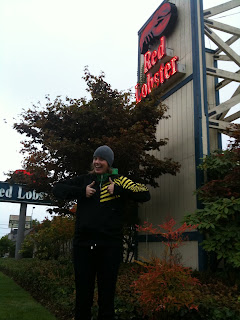 Now let's try out the Red Lobster on the way home. We know it won't be as good as the Crab Pot but those TV commercials have been getting to me. I want to try this place. 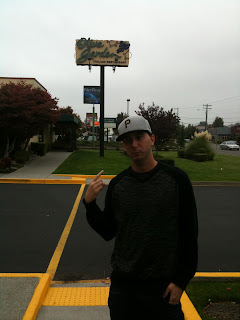 And there is an Olive Garden right next door? How do American's choose? They have so much food!! 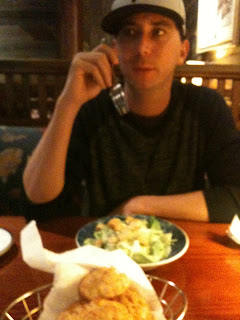 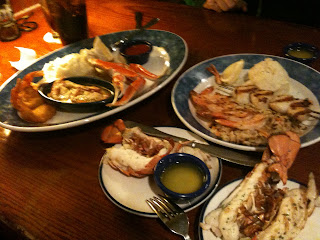 This was my first time eating lobster. It was like chicken crab. The scallops were really delicious too. WE had tons of food... the whole weekend.. time to get back to Canada. 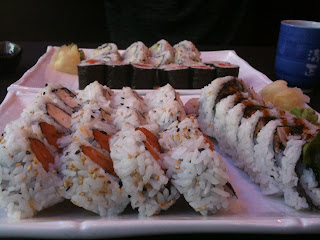